Interview with the programmers at the 6th edition of Timishort IFF, Massimiliano Nardulli & Alexei Dmtriev

The only short film festival in Timisoara is taking place from 2nd till 5th of October. After the previous 5 editions were organized in spring, at the end of April or the beginning of May, Timishort switched this year to the beginning of autumn (the organizers hope that it’s just an exception). Nevertheless, even if the time of the year it’s different now, the festival promises to provide the audience with the same fresh atmosphere through the film selection for the competition itself and for other sections within the event.

For the first time in Timishort’s six-year long history, the selection process was accomplished by two foreign cinema experts, but who are very familiar with the team and the spirit of the festival. Massimiliano Nardulli, the one who selected the films for the national and international competitions, could be des cribed as a professional programmer, judging by the number of festivals for which he has worked. Alexei Dmtriev, the programmer of the experimental film competition “Videorama”, is a curator and director from Sankt Petersburg, who never misses any opportunity to express his fondness for cats. We asked both of them a couple of questions, which they tried to answer in between the avalanche of films they have to see and other organizational tasks that keep them always on their toes and permanently connected to the hectic life of the big screen. 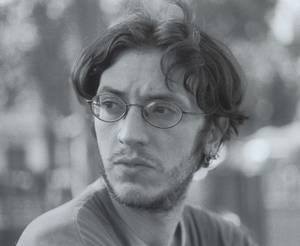 – You are the grammer for Arcipelago Festival Internazionale di Cortometraggi e Nuove Immagini and at Brest European Short Film Festival (I took the information from your Facebook page 🙂 ). Now you have selected the films for this year’s national and international competition at Timishort. How many films have you seen for each of these festivals and how difficult is for a programmer to adapt its selection criterias depending on the festival for which is working?

Massimiliano Nardulli: I watch short films all year long… I stopped counting them when I realized they were much more than 2000 every year… the good thing is that when I watch one film I can say in a few seconds for which festival it should be suitable… for some festivals where I work it’s easy because we have very strict criterias (Brest for ex. is the only European and it has mostly fiction films, Biarritz  – another festival I use to do since this lat year – it’s only latinoamerican, etc… for the others you have to consider more aspects, it’s better if you know your audience, the cultural codes of the country where the festival is, the expectations of your sponsors, all kinds of reactions the films can offer, etc…)

For example, to accept to be programmer for Timishort, I’ve considered several things : I’ve been there as guest programmer on the very first edition and in the Jury in the third edition of the festival, I know the team, I know both programmers that were doing the selection before me (Paul Negoescu and Andrei Rus) and I know also I have the possibility to change a little the artistic direction of the festival… these are the reasons why I’ve accepted to do it!

– Timishort is the only film festival that is happening in one of the most important cities in Romania. Do you think that a programmer can influence the attraction of the public through its selection or this is a main job of the PR staff at the festival?

– MN: I think that a programmer must be very attentive to create a perfect mix for his/her selection…if the selection is too intellectual the festival becomes easily “elitiste” for a very small group of people and this is very bad. The same if the festival is too audience-oriented wthout any clear artistic direction… it becomes in this case only a commercial object without soul… The programmer has the responsability of create a good mix, this is the very first step of every festival, after the jobs of PR, direction and all the team involved they have to push the audience to come and discover the festival… I really believe that a film festival is a place where to meet other people and talk about the films with the directors, the producers, the actors, etc… but not only… is also the place where you can share with someone you don’t know your impressions about the films… there is a critic for everybody watching a film.

– As always, the festival has a national and an international competition. What are your main arguments for the public to convince them to follow each of the programs with the films selected by you?

– MN: I’m not really for the idea to convince people to watch films… it’s like to convince people to read books… I think that everybody has to take care of their cultural education, and my role is to propose something, not to convince people to come… but anyway I think Romania is a very incredible country, at the same time so open with the new cultures and influences coming from abroad and so rich with its own culture and tradition… for this I expect from Romanian audience to be in equal part interested in the international and national competition… I’m really curious especially about the reactions for National Competition… for the first time in Timishort the programmer is not Romanian born…it’s true I know somehow Romania, but it’s a very big challenge for me to do this national selection… for the international selection I can tell just I’ve tried to do the mix I was talking about… I hope it will work…

– Also, giving the fact that you are living in Bucharest from a while and you are a good „connoisseur” of the Romanian film, what are your favourite „classic” films and directors that you would recommend to a cinefile, no matter what its nationality? And, if possible, do you have any favorites among the youth directors that are now only at their beginning in their career?

– MN: If we’re talking about romanian classic movies I’ve seen some films I’ve really enjoyed, I think for example at Stere Gulea’s MOROMETII, CASE DINTRE CAMPURI and FRUCTE DE PADURE of Alexandru Tatos, FALEZE DE NISIP of Dan Pita, BALANTA and TERMINUS PARADIS of Lucian Pintilie, FILANTROPICA and E’ PERICOLOSO SPORGERSI of Nae Caranfil and of course the directors of Romanian New Wave…talking about this generation my favourite film is CALIFORNIA DREAMIN’, the death of Cristian Nemescu has been a very bad thing for Romanian cinema, I really like also the shorts POVESTE LA SCARA “C” and MARILENA DE LA P7…I’ve screened them several times.

For the new generation of filmmakers I’m really optimistic…I’ve seen in the last years so many good Romanian young director doing very good short films, so I’m waiting for their feature now…some of them are good friends now, so I don’t want to give any names… Only one more thing to add…last year I’ve really appreciated Adrian Sitaru’s movie DOMESTIC, it’s a pity it has not been screened more in festivals and in the cinemas around Europe…

– Was the programming at this years’ edition a one-time-job only or are you tempted to become a familiar figure for the Timishort public? If the latter, how would you try to emphasise the importance of the cultural role that the festival is playing in the city’s life, in and out of the selection process?

– MN: You have to ask this to the director of the festival…ahahahah.
I really hope this year it’s the very first year of a good and long collaboration with Timishort… I would really like to have some years to develop more the festival and work more with and for the audience… I think Timisoara has a big potential for hosting a short film festival, the geographical position is very good, the town is beautiful, rich of history, it should be possible to work more with schools and university… I think we should start doing events in Timisoara not only during Timishort but all year long, in order to become a very important reference for young cinema. Let’s hope to develop all this in the next years… 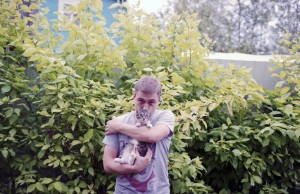 – Hello, Alexei ! Third time at Timishort in six editions, am I right? Could you say you are one of the certain people to meet at this festival from now on? 🙂

– Sure. Give me a couple of more years and will learn Romanian.

– This time you are the programmer of the Videorama competition. How important do you think is this kind of competition for a public that doesn’t have access to another film festival all year long and has only one public funded cinema so we can presume that the public preferes watching mainstream films at „Multiplex”?

– It’s very important. Romanian directors make great “kitchen dramas” and the public is exposed to narrative cinema. But in Videorama we try to show you that anything can be a film.

– Timisoara is one of the biggest cities in Romania and it has a great importance in its history. However, it has only one public cinema, that is anyway in a very bad shape. Now, at Timishort, the Videorama competition will be screened in an alternative space. Do you think that alternative spaces could revive the cultural life of a city like Timisoara and, by that, the experimental movie could break through the barriers that are keeping it away from the public because of the private cinemas’ politics?

– Alternative spaces are the best especially for this sort of cinema. I had screening in slaughterhouses, arctic research stations and brothels. Those shows you never forget!

– I’ve asked Massimiliano what were his arguments to attract the public at the screenings of the national and international competition. Being the programmer of Videorama, an experimental film competition in an alternative location, what are the expectations that the public should have comparing them with a mainstream film projection?

– Be as open minded as possible and relax.

– What are in your opinion the main reasons for which a cinefile should try „to dive” in the world of experimental film?

– Cinefile is a word I hate. We don’t need cinefiles, we need normal people who like art. And if such people want to “dive in” — the only reason should be pure curiosity.

– Finally, what would you like to be your role at the next Timishort edition?

– I want to be the festival mascot! Or a cat!